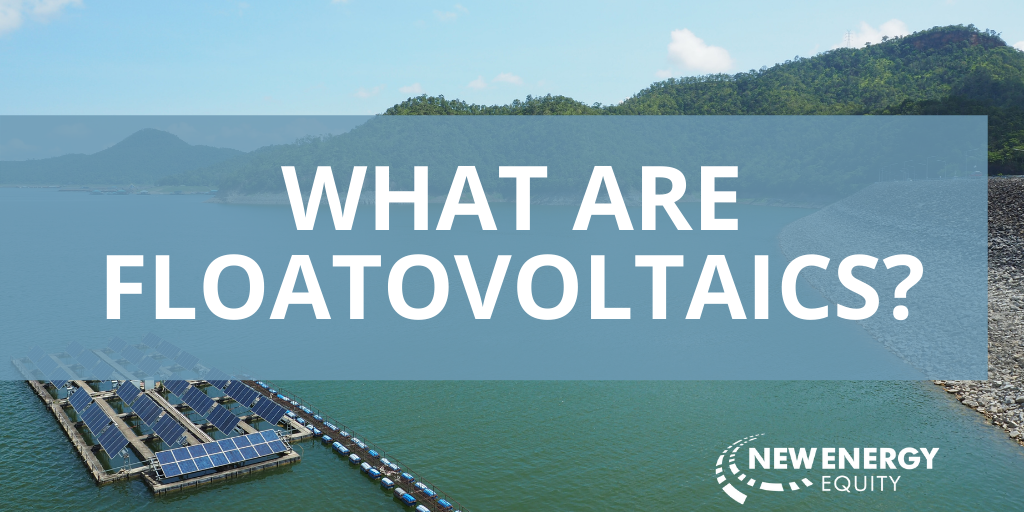 A world that was once reliant on a finite supply of fossil fuels, is transitioning to a world powered by myriad sources of renewable energy. Solar energy systems have become one of the most widely used forms of renewable energy in the world, and the photovoltaic (PV) market has continued to evolve as the mitigation of climate change becomes an increasingly global goal. Through this evolution, different types of PV systems have emerged in the market, one of which are Floating Photovoltaics (FPV), or “floatovoltaics” which are designed to live afloat bodies of water instead of on land.

How Did Floatovoltaics Come About?

The ideal land for solar farms is a large, flat plot, free of any shade, which is incidentally the same criterion that makes land ideal for farming. This has lead to a natural competition between solar development and agriculture for land use. Land is becoming increasingly expensive and scarce as the global population grows, especially in highly industrialized urban areas. These land-based issues are the primary driving force that has led to the development and innovation of FPV systems, as they do not take up usable farmland and instead can occupy unused bodies of water. Common installation sites focus on the aquatic equivalent of a brownfield site – being man-made, inland, and having generally calm waters [8]. These can include hydroelectric dams, man-made reservoirs, and agricultural and industrial ponds [2].

How Does A Floatovoltaic System Work?

The design of FPV systems contains the same core elements as land-based projects – sunlight is captured by solar panels and transformed into DC (direct current) electricity, which is collected using combiner boxes and turned in AC (alternating current) electricity with inverters. The AC electricity is then transformed into the required voltage before being sent along transmission lines to service an electrical need. The main differences are that for FPV projects, there is a floating system used to keep the array above the waterline, and the mooring and anchoring system prevents the array from drifting and keeps the panels optimally oriented towards the sun [2].

Construction companies may employ their own specific designs, but generally, the construction consists either of solar panels mounted directly onto buoyant polymer floats, or panels mounted onto metal structures which are then affixed to pontoons, with maintenance walkways included in both cases [7, 5]. One design example can be seen in Figure 1. Depending on the site location, an anchoring and mooring system may not always be needed. In this case, installation and deployment tend to be easier than land-based systems as no civil work or heavy equipment is needed during construction [7, 5]. However, temperature extremes in varying climates must also be accounted for, regarding whether or not it gets cold enough for the water to freeze over. The considerable expansion and contraction caused by freezing temperatures could have serious structural consequences if the proper materials are not selected for the polymer floating structures [5]. Conventional rigid silicon-based solar panels are the most commonly deployed in FPV projects, although thin-film and energy-concentrating solar panels are being explored in more niche applications [7].

Figure 1: An Example of a modular floating solar design [7].

What Are The Advantages And Disadvantages Of A Floatovoltaic System?

Building an electricity-generating system on a body of water has several advantages which make it an attractive proposal, though not without its challenges. A summary of these advantages and disadvantages is depicted in Figure 2. 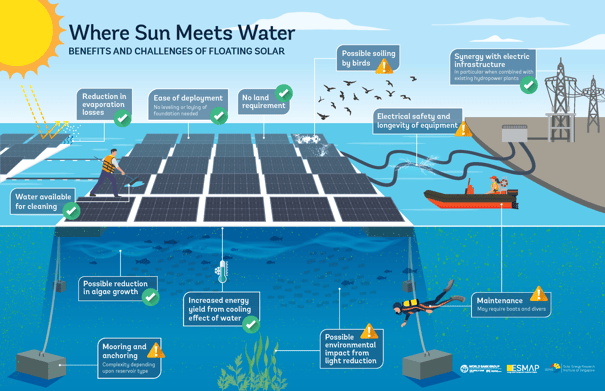 Figure 2: A depiction of the advantages and disadvantages of floatovoltaic systems [7].

While the list of potential advantages for FPV is extensive, floatovoltaic projects are not without their own challenges.

What Do Floatovoltaics Look Like On The World Stage?

With the first research-based floating solar project in the world having been built in 2007 in Japan, floatovoltaics is still considered a young technological adoption [7]. While the first floating solar project was created in the United States over a decade ago, in 2008, the number of floating solar projects in the U.S. has increased at a lower than expected rate with only 14 projects existing at the end of 2018 [8]. This is largely due to ease of access of land, as the U.S. is land-rich and the challenge of finding a suitable and available terrestrial site for solar projects has not yet outweighed the added complexity and learning curve of building a system on the water.

In contrast, in smaller countries with much less available land, floating solar systems have become popular at a higher rate. Japan is a great example having installed 56 of the 70 largest floating solar installations in the world, as of 2018 [6]. It is likely that Asian countries such as South Korea and Japan will far outrank the United States in terms of installed capacity of floating solar [6].

However, this does not mean that the U.S. is out of the race. A conservative estimate made in a study by the National Renewable Energy Laboratory (NREL) found over 24,000 U.S. reservoirs suited for floatovoltaic systems could generate 10% of the current electricity demand in the U.S. [6, 3, 9]. The capacity is available, and as land becomes increasingly restricted, these aquatic-based projects will become more appealing.

As such a young development, we can expect to see substantial growth in the number of FPV projects installed globally using tried and true methods with traditional rigid silicon solar panels. We can also expect to see exploration into more experimental applications, such as the development of offshore projects. Most existing systems are built on man-made structures with calm waters, and offshore projects would require additional and more robust construction to withstand harsher weather conditions [5]. The salinity of the water increases the risk of corrosion on system components and mechanical failure over time.

One of the suggested methods for offshore systems is the use of thin-film solar panels. This allows the structure to be flexible and yield to oncoming waves without sustaining damage [5]. Direct contact with the water surface would theoretically further improve efficiency gains from the cooling effect of the water and would allow the modules to remain clean, virtually eliminating soiling losses [5]. However, this is still a long way off from large-scale commercial viability, and long-term reliability and electrical safety must be further explored. An example of a thin-film FPV project can be seen in Figure 3. 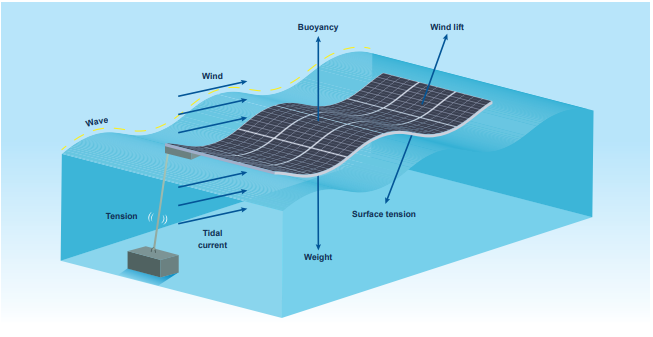 Figure 3: An example of a thin-film Floatovoltaic system [7].

Another possible advancement is the deployment of tracking Floatovoltaic systems, in which the entire array can rotate and follow the sun as it travels east to west [7]. This can be accomplished with little difficulty using motors, as moving the array on the water offers little resistance [7]. The biggest challenge to implementing these tracking systems is financing, as the initial investment and maintenance cost of the motors is high [7].

In the meantime, we can expect floating solar to become more widespread in areas where there are ample suitable sites available, when economically feasible. With the world’s growing population, land scarcity and competition will escalate in the future, with floating solar projects will become an increasingly attractive solution [2]. Floatovoltaic systems have the potential to be a crucial component for governments to hit their targets of renewable energy deployment and GHG reductions in the upcoming decades and are a technology to follow closely [2].