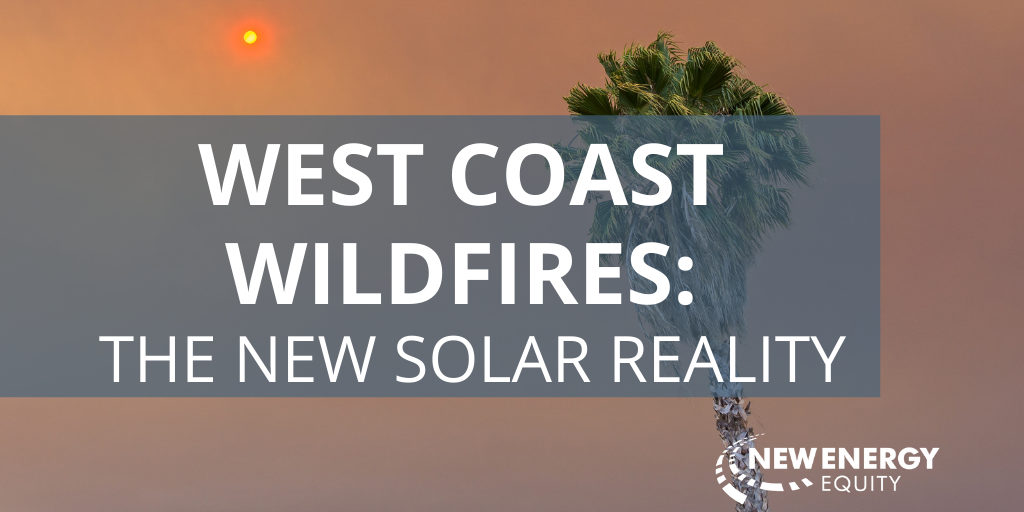 This piece intends to lay out the thinking for an industry-wide “wildfire losses” adjustment, however, NEE has not at this moment made an official decision to adjust modeling practices. We are evaluating this potential change, the medium-to-long term consistency of wildfires and working to gather more robust data.

By now, all of us have heard the terrible news of record-breaking wildfires burning on the West Coast. Our hearts go out to the communities affected by these natural disasters. Though we certainly hope for better days, it is important that we accept that these wildfires will be annual occurrences and will likely only become more devastating every year. While safety is the first concern, it is also crucial to consider how these fires affect solar production.

Solar developers can calculate the effect of smoke on production similar to how they assess for production losses due to snow covering. Using the industry-leading Townsend Model1 for solar snow losses, and project-specific information— such as array tilt, distance from the ground, temperature, relative humidity, snow intensity, and snow frequency — project developers can calculate how much loss a system will experience every month due to snow covering solar panels. This percentage is easily integrated into a PVsyst model and used to price solar assets – this is considered Investment Grade solar development. On the West Coast, developers may not have to account for snow shading as much, but they will have to contend with seasonal wildfires and the orange-tinted skies that follow. 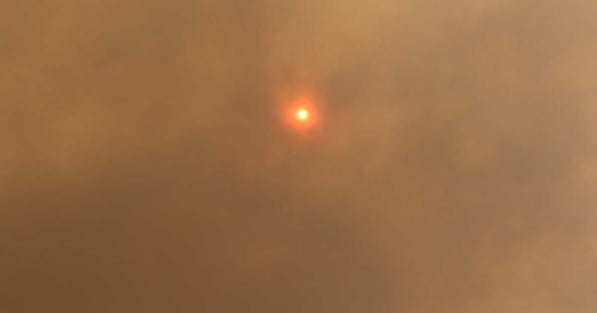 Exhibit 1: The sun is obscured by heavy smoke, causing an orange tinge.

On the West Coast, wildfire season typically runs from May through October, therefore these are the months that solar financiers should examine more closely. Earlier this year during Australia’s historic wildfire season, the solar monitoring company Solar Analytics reported that PV output plummeted by 15%-45% on smoky days.2 Unsurprisingly, these are the same days with the worst Air Quality Indexes (AQI) levels – this suggests that financiers could use historical AQI levels to project future energy production. There are already several public databases that track historical AQI and air pollution, so by consolidating and utilizing that data for project-specific cases, modeling for smoke is possible.

One might ask if the impact from smoke and ash is considerable enough to be factored into solar project economics. We would argue that it is. Forest wildfires cause a dramatic increase in air pollution, which in turn reduces solar production. As a result of the COVID-19 pandemic, there has been a dramatic decrease in travel and commerce, and therefore a stark decline in city smog. A recent publication from MIT quantified this result in Delhi, India, where pollution levels decreased by 50%, and solar production increased by 8.3% in March, and 5.9% in April.3 Clearly, there is a correlation between air pollution levels and solar production.

Exhibit 3: LA before stay-at-home orders and after

In addition to considering the effect of smoke on project economics, solar developers must consider the effect of ash. Anyone living on the West Coast during wildfire season can attest to the thin layer of gray ash lining that appears on decks and cars. Besides being a nuisance, ash can hinder solar production. Ash can be modeled by adding a +0.25%-0.75% soiling loss on wildfire prone months (precision needs to be dialed-in). Soiling losses are production losses caused by the normal accumulation of dirt and dust on solar panels over time and can be expected to increase or decrease depending on where panels are sited.  Another solution is to increase routine cleaning of solar panels to keep soiling losses to a minimum. 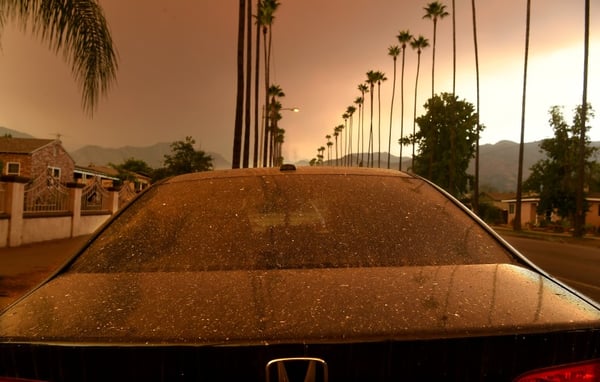 Readers might wonder why a leading solar developer like New Energy Equity (NEE) is disparaging solar production on the West Coast – after all, won’t this kind of thinking devalue solar assets in wildfire-prone areas? We would argue that solar will most certainly maintain its financeability despite the increasing number and magnitude of wildfires in the West Coast if the solar industry adopts realistic and bankable expectations. As a company we hold ourselves to a high standard when providing reliable production forecasts for each of our assets. With this being said, we will continue to evaluate the effects that the wildfires have on production output and project economics.

We expect the industry to do the same, especially since the resources to model for smoke and ash already exist.

Our thoughts are with those affected by the ongoing fires in the West Coast. Stay strong and stay safe.