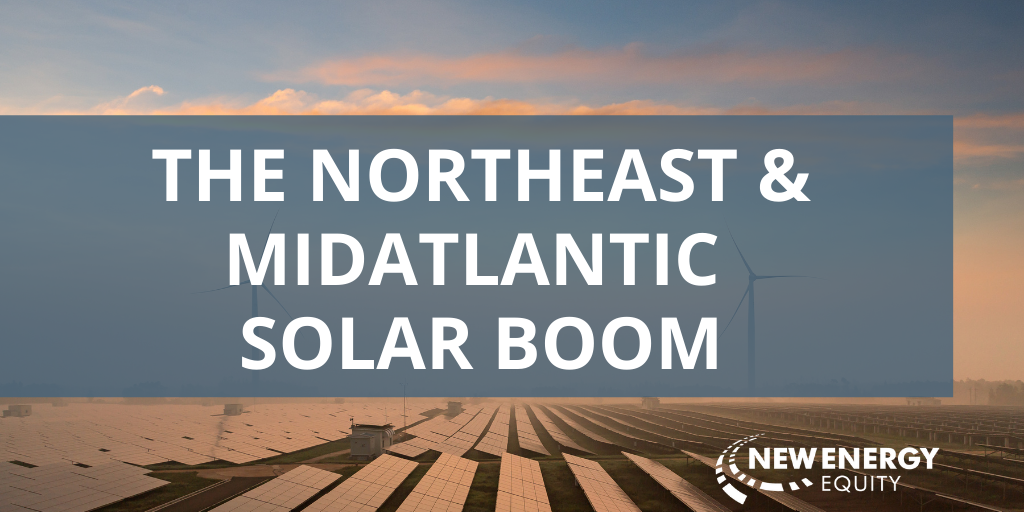 The Northeast and MidAtlantic U.S. solar markets are positioned to expand their contribution the country’s transition to a clean energy-driven economy, however these regions are prone to the ebbs and flows that come with changes in state legislature. New Energy Equity is taking an opportunity to share our expertise in navigating the volatile solar markets across the U.S. While this introductory blog goes over high-level information, we look forward to providing further insights driven by our unique experiences in each market.

The Northeast and MidAtlantic solar markets, especially New York, Massachusetts, and New Jersey, are often dramatically affected by the decisions made by each state’s elected officials. When a favorable policy is passed, a utility is deregulated, or a lucrative incentive program is established, a boom of development activity is likely to follow. Within recent years, it has been made exceedingly clear that the success of the clean energy future for these markets rely heavily on the policymakers and legislators to spur renewable energy development to achieve portfolio standard goals and meet public demand—people and businesses want more access community solar. The Northeast and Midwest regions are likely in for (and in some cases, are already in the midst of) another solar energy development boom. New York’s NYSERDA NYSun incentives and Massachusetts SMART program present enticing incentives for developers. However, state community solar development and incentives programs in other new (and familiar) markets present great opportunity.

Maine, Maryland, New Jersey, and Rhode Island have all recently passed legislation authorizing and/or enhancing community and/or commercial solar development. Eyes are also fixed on Pennsylvania to be the next east coast state to enact community solar legislation. While some of these programs have become quickly saturated—this provides further credence to the notion of these programs’ success or potential.

Maine, according to the Solar Energy Industries Association (SEIA), has installed more th 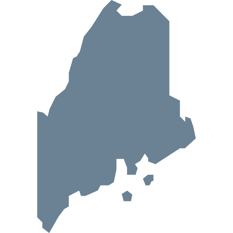 an 97.06 MW of solar power and has a growth projection of 1,177 MW over the next five years, the 26th highest state growth potential. Maine turned around its solar energy development outlook in a major way when it got rid of its now infamous policy that charged fees for the electricity supplied to the grid that was generated by small power producers. In 2019, Maine established programs to incentivize new solar development with its Net Energy Billing (NEB) and Distributed Generation (DG) programs. NEB provides a per kWh credit to a participating customers’ electricity bills for projects installed on their property or by participating via a subscription to a program-affiliated community solar array. The DG program calls for the procurement of 375 MW of distributed generation projects (Community and Commercial/Industrial projects) by July 2024. Under the program, Maine utilities enter 20-year contracts with projects to purchase the generation at the contract rate. Like many similar programs before it, these Maine programs have grown increasingly saturated due to great interest in getting into the Maine market. 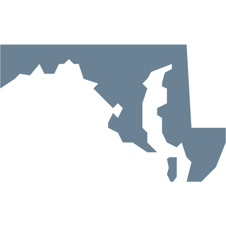 Maryland has installed more than 1,293.92 MW of solar power and has a growth projection of 1,329 MW over the next five years, securing its spot as the 24th highest state growth potential. Maryland has enacted multiple pro-renewable energy policies recently (see e.g., Clean Energy Jobs Act, MD’s 50% Renewable Portfolio Standard by 2030, and its 15% carve-out for solar energy). Maryland’s popular Community Solar Grant pilot program was set to expire at the end of 2020. However, the Maryland legislature extended the program in 2019 through 2022. Through the program Maryland companies can purchase subscriptions from community solar arrays and gain the same economic benefits as having modules directly on the roofs of their brick-and-mortar businesses. The bill extending and modifying the program also raised the maximum capacity for community solar systems to 2 MW and removed the provision that set a limit on number of customers allowed to subscribe to a single project. Looking even further ahead, supporters of community solar can hopefully look forward to the Maryland legislature and Public Services Commission expanding the incentives from a pilot to a full-scale and long-term program. 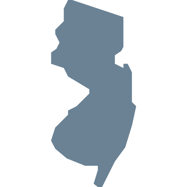 New Jersey has built-in more than 3,471.55 MW of solar power and has a growth projection of 1,880 MW over the next five years, making it the 16th highest state growth potential. New Jersey is the state that has seen some of the biggest solar market swings (see e.g., the New Jersey REC price swings of the mid-2010’s). New Jersey recently closed its SREC Registration Program (SRP) as of April of 2020, and immediately brought in the new Transition Incentive (TI) program, under the NJBPU, and its lucrative incentives, the Transition Renewable Energy Certificates (TRECs). New Jersey legislators and regulators appear to have a figured out the formula of how to incentivize solar developers and equip a program to meet that influx of development interest—it is no surprise New Jersey ranks among the most sought-after solar markets. 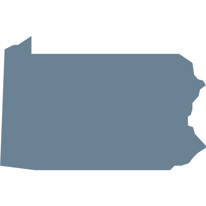 Pennsylvania has 664.34 MW of solar energy installed and the state has a growth projection of an additional 1,108 MW over the next half-decade, ranking Pennsylvania with the 28th highest growth potential. Not much, by way of solar energy incentives, apart from net metering and PA’s relatively low-value SREC market despite indications from the state’s government that they are pro-renewable energy development. Pennsylvania’s RPS expired in 2020. With the momentum of the solar industry and consumers and regulators shifting towards the solar energy due to the increased affordability, low energy prices, and environmental benefits, hopes for the Pennsylvania legislature to make a statement with an attractive community solar program are mounting. Pennsylvania’s legislature has been contemplating—for multiple years—House Bill 531/Senate Bill 705 which is a promising opportunity for the state’s community solar market to boom and create an estimated 12,000 jobs. 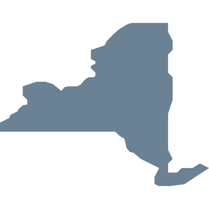 New York has installed more than 2,724.4 MW of solar with a growth projection of 4,475 MW over the next five years, ranking New York with the 5th highest growth potential. NYSERDA’s NYSun block incentives and open community solar market are why New York continues to be a national leader in solar energy development. The state has also re-focused its renewable energy goals to increasing access to the benefits of community solar for low-income communities —incentivizing consumers and developers with programs like Solar for All. 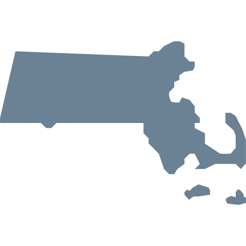 Massachusetts has 3,046.7 MW of solar energy installed and has a growth projection of an additional 1,553 MW over the next half-decade, ranking Massachusetts with the 23rd highest growth projection. The Solar Massachusetts Renewable Target (SMART) program intended to drive sustainable cost-effective solar development in the state. The program allows for developers to leverage a declining block incentive (including adders for community solar) on projects up to 5 MW. Maryland, Maine, New Jersey, New York, Massachusetts, and Pennsylvania all show great promise as contributors to the clean energy transition in the United States. At New Energy Equity, we look forward to participating in the solar development that will help the states reach their desired portfolio standards and bring about the transition to a clean energy-driven economy.

Maryland, Maine, New Jersey, New York, Massachusetts, and Pennsylvania all show great promise as contributors to the clean energy transition in the United States. At New Energy Equity, we look forward to participating in the solar development that will help the states reach their desired portfolio standards and bring about the transition to a clean energy-driven economy.