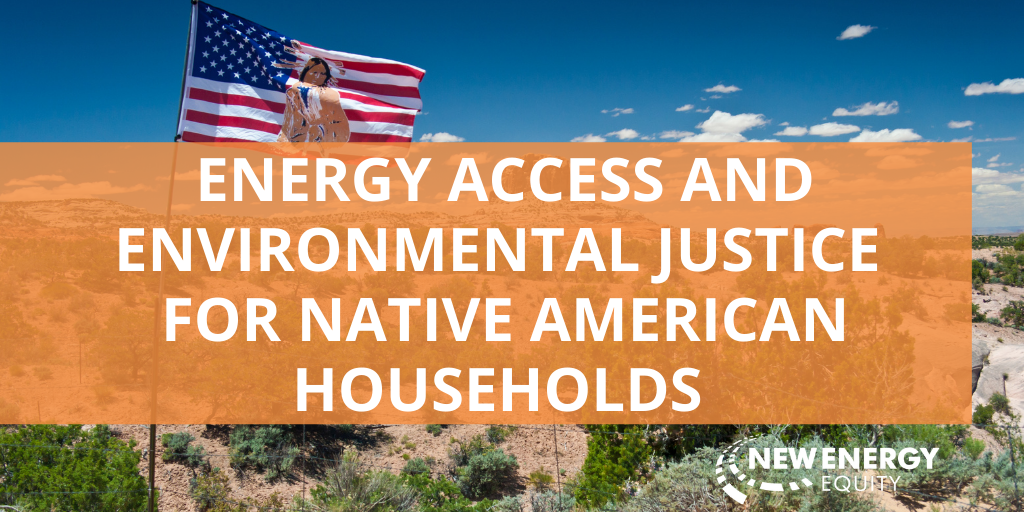 Indigenous communities across the U.S. have long struggled to gain reliable access to electricity and power. Despite policies like the Rural Electrification Act of 1935 –developed to bring electricity to agricultural and rural areas – indigenous households are far more likely than other American households to lack electricity. In 2017, The Energy Information Administration estimated that 14% of households on Native American reservations had no access to electricity1. This is ten times higher than the national average. It is shameful that a systemically marginalized community such as the Native American community still lacks basic services that have the potential to dramatically improve quality of life, health care outcomes, education, etc. Thankfully, several groups around the country are devoted to tackling this injustice, and solar energy has an important role to play in the effort to increase energy access in indigenous communities.

Native American lands in the lower 48 states have an estimated 17.6 terawatt-hours (TWh) of solar energy potential2. To put that in perspective, the total U.S. utility-scale electricity generation in 2018 was 4.2 TWh. Having land to develop solar is not enough for Native American communities. These communities must have the resources to develop solar projects that will benefit them, both by providing jobs and by providing electricity to Native American households. This is a crucial point to emphasize because, in the past, fossil fuel plants have operated on land that was owned by Native American communities without providing electricity to local homes. Consider the Navajo Nation for example, which was home to the 2.25-gigawatt Navajo Generating Station coal plant until 2019. This plant existed in a Native American community that suffered from one of the highest rates of energy poverty in the nation. 15,000 homes within the Navajo Nation did not have access to electricity, accounting for 75% of the total Native American households without access to electricity. The fact that such a high concentration of energy poverty exists in an area with such a large energy generation facility goes to show how inequitable energy distribution and infrastructure is in the United States. As fossil fuel plants retire due to the falling costs of clean energy alternatives, new renewable generation must improve energy access for the most vulnerable communities.

The U.S. Department of Energy’s (DOE) Office of Indian Energy is the government entity tasked with increasing energy access and reducing energy costs in Native American communities through various funding initiatives. Since 2010, the office has provided an average of $7.8 million annually to fund new renewable projects on tribal lands, resulting in 43 projects totaling over 18.5 megawatts3. In March of this year, the office committed $15 million for tribes to deploy energy technology on their lands and solicited applications to install energy generating systems and energy efficiency measures on tribal lands, deploy community-scale energy generating systems and storage, and install energy systems on essential tribal facilities for emergency situations. One of the many benefactors of the program is the Ute Tribe, which was awarded a $245,660 grant to install rooftop solar on seven tribal buildings on its land in Utah. This will not be the first solar project on Ute Land: in 2017, the tribe received a separate DOE grant that allowed it to build a 1-megawatt solar project which was completed this past summer.

Another notable project, developed with support from the Office of Indian Energy, benefits the Eastern Band of Cherokee Indians in North Carolina. The 700-kW solar systems offsets the energy load of four buildings on tribal land and saves the tribe $99,000 annually. These savings can be re-invested in education, healthcare, or more renewable energy projects. In addition to increasing energy independence and access, solar projects on tribal land provide good paying jobs for tribe members and help bolster local economies.

Funding is certainly an important part of increasing renewable energy deployment, and as a result energy access, but it is not the only piece of the puzzle. The Government Accountability Office led an in-depth investigation into the barriers to energy development on tribal lands and found that a complex regulatory framework and tribes’ limited infrastructure have resulted in countless missed development opportunities. The Bureau of Indian Affairs has taken as long as 18 months to review energy project proposals, a timeline that is inexcusably long and certainly impedes project development. Thankfully, Non-Governmental Organizations like Grid Alternatives help indigenous communities overcome the bureaucratic hurdles that stand in their way when it comes to renewable energy deployment. Through a community-centered approach, Grid Alternatives provides education, training and support for tribal communities seeking to develop renewable energy projects. Grid Alternatives has been successful in helping various vulnerable communities access the benefits of renewable energy and has established itself as an environmental justice warrior.

Our nation cannot allow any of its citizens to continue to live in sub-standard conditions. The U.S. government has a responsibility to ensure basic needs like access to electricity are met. Solar development –and renewable development in general – has huge potential to improve energy resilience, increase energy access, and provide good jobs to the 1 million+ Native Americans living on tribal land. Solar was never just a means to reduce greenhouse gas emissions and fight climate change, it has the potential to do so much more. Solar can and must be used to lift the most vulnerable communities up and brighten the households of all those Americans who still lack access to electricity.