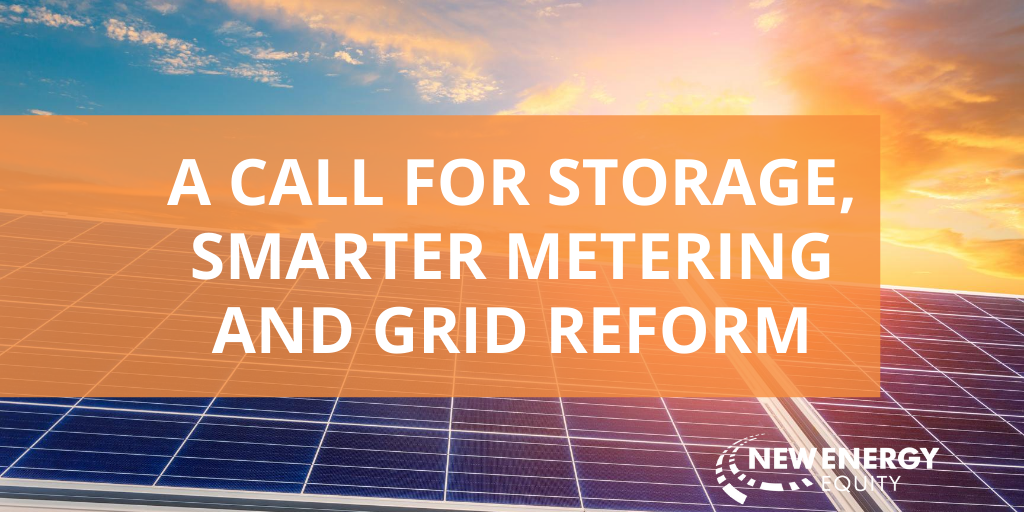 A Call for Storage, Smarter Metering and Grid Reform

Solar energy accounted for 2% of total U.S. electricity generation in 2019. However, the Solar Energy Industry Association (SEIA) has set a goal to have solar comprise 20% of all U.S. electricity by 2030. A massive increase in deployment will be necessary to reach this ambitious goal, therefore it is important to consider how this increase in solar generation will affect the value of solar.

Every MW of solar added to the grid reduces the value of existing solar generation resources. On a sunny day in Arizona, solar generation reaches such high levels that the price of electricity is reduced, which in turn affects the long-term economics and revenue of solar projects. This phenomenon is true for other types of energy generation sources, like coal, natural gas, and biomass, but is amplified for renewable sources that produce energy during fixed time periods.

If the value of solar continues to decline, developers and investors will be hard pressed to deploy the amount of solar needed to meet the 20% by 2030 goal set by SEIA. It is therefore essential for the industry to think critically about pathways forward that will simultaneously encourage the mass deployment of solar across the nation while allowing the resource to maintain its value.

The most obvious lever that can be pulled to influence the value of solar is storage. States are already beginning to commit to ambitious storage targets:

Storage will help solar retain its value because it will allow the resource to be dispatched to the grid during off peak hours, when there is higher need for energy and/or a higher price for the resource.

Another crucial mechanism to consider is demand response. Demand response is the process by which energy users reduce or shift their electricity use to off peak hours, typically in response to time-based rates or other financial incentives. If consumers shift energy demand to times of day where solar is being produced, it will alleviate some of the need for storage while again allowing the resource to retain its value.

Finally, policy should permit for the interconnection of grids to neighboring states. This will allow excess solar produced in the sunniest states to be used in bordering states. In addition to connecting grid systems, regional utilities across state lines will need to establish beneficial trading relationships. Regional utilities do not typically cooperate to this level; therefore, state policy may be necessary to establish trade rules and oversee the increasingly integrated market.

The value of solar decreases as the resource is deployed because renewable energy, solar included, is functioning within an outdated energy system that was designed for firm, carbon intensive, energy sources. It is essential to mold the energy landscape into one more conducive to the deployment of large-scale renewables through large scale energy deployment, demand response, and grid integration. These are just a few of the methods that will allow solar to retain its profitability as wide-scale solar deployment sweeps across the U.S.!